*Why the Global Warming Skeptics Are Wrong... William D. Nordhaus* 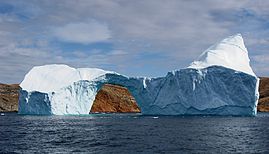 The threat of climate change is an increasingly important environmental issue for the globe. Because the economic questions involved have received relatively little attention, I have been writing a nontechnical book for people who would like to see how market-based approaches could be used to formulate policy on climate change. When I showed an early draft to colleagues, their response was that I had left out the arguments of skeptics about climate change, and I accordingly addressed this at length.
But one of the difficulties I found in examining the views of climate skeptics is that they are scattered widely in blogs, talks, and pamphlets. Then, I saw an opinion piece in The Wall Street Journal of January 27, 2012, by a group of sixteen scientists, entitled “No Need to Panic About Global Warming.” This is useful because it contains many of the standard criticisms in a succinct statement. The basic message of the article is that the globe is not warming, that dissident voices are being suppressed, and that delaying policies to slow climate change for fifty years will have no serious economic or environment consequences.
My response is primarily designed to correct their misleading description of my own research; but it also is directed more broadly at their attempt to discredit scientists and scientific research on climate change.1 I have identified six key issues that are raised in the article, and I provide commentary about their substance and accuracy. They are:

• Is the planet in fact warming?

• Are human influences an important contributor to warming?

• Is carbon dioxide a pollutant?

• Are we seeing a regime of fear for skeptical climate scientists?

• Are the views of mainstream climate scientists driven primarily by the desire for financial gain?

• Is it true that more carbon dioxide and additional warming will be beneficial?

As I will indicate below, on each of these questions, the sixteen scientists provide incorrect or misleading answers. At a time when we need to clarify public confusions about the science and economics of climate change, they have muddied the waters. I will describe their mistakes and explain the findings of current climate science and economics.