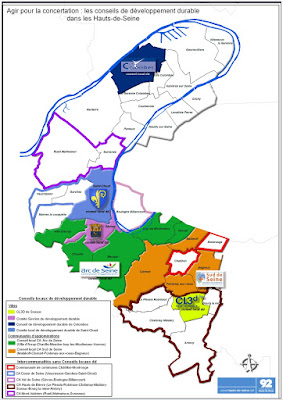 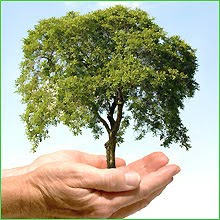 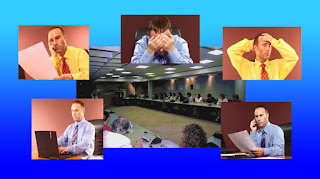 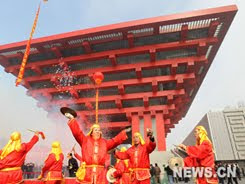 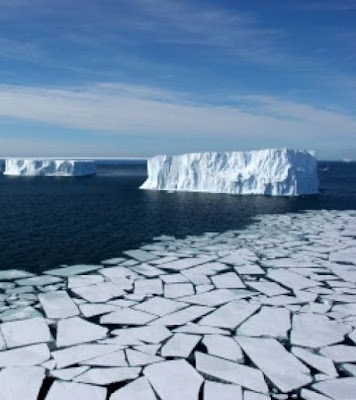 *Global deal on climate change in 2010 'all but impossible'*

***A global deal to tackle climate change is all but impossible in 2010, leaving the scale and pace of action to slow global warming in coming decades uncertain, according to senior figures across the world involved in the negotiations.

"The forces trying to tackle climate change are in disarray, wandering in small groups around the battlefield like a beaten army," said a senior British diplomat.

An important factor cited is an impasse within the UN organisation charged with delivering a global deal, which today will start assessing the pledges made by individual countries by a deadline that passed last night.

Many of those contacted say only a legally binding deal setting "top-down" global limits on emissions can ultimately avoid the worst impacts of rising temperatures. But a global deal at the next major climate summit in Mexico is impossible, says the former deputy prime minister John Prescott, now the Council of Europe's rapporteur on climate change. "I don't care if it's government ministers or NGOs, if they think you can get a legal agreement all signed up by November in Mexico, I don't believe it."

Similar opinions are being expressed worldwide. "In 2010 perhaps we'll manage some success, but I think a definitive deal is very difficult," said Suzana Kahn, a key negotiator in Copenhagen and Brazil's national secretary for climate change.

The change in rhetoric compared with just weeks ago is stark. On the eve of the Copenhagen summit last year, Gordon Brown wrote in the Guardian: "Our aim is a comprehensive and global agreement which is then converted to an internationally legally binding treaty in no more than six months."

The British government says the 12-paragraph Copenhagen accord "noted" by the UN summit last month provides the basis for significant country-by-country carbon cuts. But even the climate secretary, Ed Miliband, acknowledges this "bottom-up" approach is unlikely to be sufficient. "Will they on their own be enough? Perhaps not, which is why we need to ratchet those targets up," he said.

One of the most senior British climate officials told the Guardian that a legally binding deal, while desirable, was now no longer the critical thing: "What people seem to forget is that an agreement does not reduce one molecule of carbon dioxide – it's national policies that do that."

The shift of emphasis from a global deal to national action stems directly from the problem that wrecked the Copenhagen summit, and which remains unresolved. The UN framework convention on climate change (UNFCCC), the secretariat for climate treaties, makes decisions by unanimous agreement of all 192 member countries, and was described as "fatally cumbersome" by one close observer.

The small group of countries that devised the Copenhagen accord, led by the US, China and India and including the UK, want 20-30 representative nations to be able to make decisions and other organisations such as the G20 and the Major Economies Forum to take a role. But this will be fiercely resisted by countries such as Bolivia and Sudan, which blocked agreement in Copenhagen, and Tuvalu and other threatened states which want to retain a veto on deals they see as weak.

Even western nations, including the UK and Spain, acknowledge the UN cannot be sidelined. Last night, Brown said the UNFCCC was the only body to deliver a treaty, whilst acknowledging its difficulties. "The process up to and at Copenhagen was clearly flawed. We all need to work to ensure that the UNFCCC is an institution that can bear the huge expectations we are putting on it. It remains the vehicle for an agreement."

The current UNFCCC impasse was described to the Guardian as "paralysis" and even its head, Yvo de Boer, has talked of a "cooling off period" after Copenhagen. Last night's deadline for nations to submit their domestic targets is expected to have attracted about 25-30 responses, though De Boer had already fudged it. "You can describe it as a soft deadline," he said.

Those pledges that have been made public reconfirm the Copenhagen offers, for example, a 17% cut from 2005 levels for the US, 20% from 1990 levels for the EU and 25% from the same base for Japan. A senior British official said: "For the first time we have all the major economies agreed to action covering over 80% of the world's emissions. That has never happened before."

But analysis from PricewaterhouseCoopers and others indicates the existing offers fall far short of that goal. "Unless there is a wave of commitments over the next 24 hours, the accord is a long way off achieving the low carbon pathway needed."

The UN is known to be pushing for a meeting in late February or early March to try to solve the problem of the UNFCCC negotiating structure. Getting that process started was crucial, said Jonathan Pershing, deputy US climate envoy. "Twelve paragraphs [in the Copenhagen accord] do not make for an adequate or comprehensive agreement. There is more work to be done … for a global agreement to be reached."

Many countries insist that the world's biggest cumulative polluter must enact real emissions cuts. "We need a legally binding commitment from the US. I think this is fundamental," said Suzana Kahn of Brazil. But even after a defiant state of the union speech from Barack Obama last week, most experts think economic fears and the shadow of mid-term elections will scare enough Capitol Hill politicians to make passing a strong – and therefore unpopular – bill near-impossible.

Engaging the world's current biggest polluter, China, is just as crucial. "Without the participation of the two biggest emitters a deal makes no sense and one will not make a deal without the other," said Kahn. But if the US difficulties are at least clear, China's position is not even that. "There is great deal of uncertainty," said David Kennedy, chief executive of the UK's committee on climate change.

The diplomatic traumas suffered by China in Copenhagen, where Beijing took much of the blame for the summit's failure, has hardened opinions, said Li Yan, Greenpeace China's climate campaigner: "Now there are stronger conservative voices and more concerns about the changed diplomatic circumstances and the economic downturn."

In the nervy run-up to Copenhagen, a senior British diplomat warned: "We can go into extra time, but we can't afford a replay." At the end of the chaotic summit, that replay, set for Mexico in November, was seen as a good result, given how close the entire show came to collapsing.

But six weeks since the summit reached its conclusion, senior figures around the world do not believe the rematch is even likely to be played.