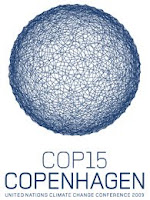 ***”We are here to make a difference. Now the majority of the heads of state and government are here. We have spoken with the Danish Presidency and said that after dinner this evening we intend to gather a group of countries that we hope will be able to work constructively to decide on the foundations for a solution”, said Prime Minister Fredrik Reinfeldt in Copenhagen this evening.
Earlier in the afternoon, the Swedish Presidency and the European Commission issued a joint statement (see below), in which they stated that it was time to intensify the negotiations in earnest. The UN Climate Change Conference has been underway since 7 December. Representatives of 193 countries are there, 45 000 people have obtained accreditation and the discussions are going on around the clock. However, it is first now that the heads of state and government are arriving. And they are the ones Mr Reinfeldt is now addressing.

“The important thing is to get a discussion started, to make an effort and show that we are trying to do something, and don’t let us be stopped by references to formalities and that which has bound this meeting for far too long. Now the leaders are here, now it is time to show responsibility”, said Mr Reinfeldt.

Meeting at palace
Now the Prime Minister is going on to a dinner with the other heads of state and government with the Queen of Denmark at Amalienborg Palace. This is where the evening’s meeting is expected to take place.

Over the past few days, the discussions in Copenhagen have come up against a number of obstacles. Some journalists have chosen to depict the situation as being black as night. However, Mr Reinfeldt sees the sky lightening and says that a solution to the issue of climate financing is now close.

“We have seen that the USA says it is willing to take on its share. So responsibility on financing is starting to come together, but this must now be linked up to commitments that reduce emissions and address future developments, so that we meet the two degree target.”

“There is a broad unwillingness”
At the same time, Fredrik Reinfeldt considers that the basic dilemma remains: there is a far too broad unwillingness on the part of the countries at the conference to accept their share of the responsibility.
”There is a lingering old conception that a small limited circle of rich countries can solve the problem on their own. This has been one of the problems the whole time. But it is hard to get away from the fact that the situation in the world has changed. We are in a situation where those we call developing countries are now responsible for just over half of emissions. And still we are promoting the reasoning that the growing half of the world should not be part of the agreement, and that is, of course, not an option”, he said.

"Not everyone is here to solve the issue of climate change. We have come here now to make an effort and try to move back to what researchers and UN-led processes have indicated is required to make climate commitments that meet the two degree target. This is not what has been under discussion here so far, but this is what we must discuss. When I go home tomorrow, I will have done everything in my power to lead this in the right direction”, said Fredrik Reinfeldt.